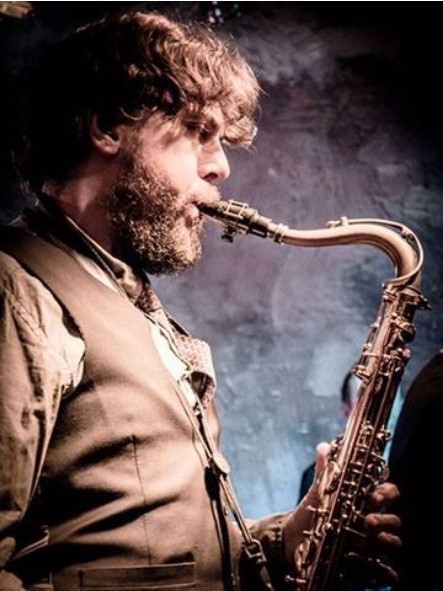 A self-confessed rock ‘n’ roller who flirts with jazz and on this evidence does it well. Rand has put together a debut album that packs quite a punch, wide-ranging in its aspirations and surprisingly varied in the material that it offers. There’s all sorts here, starting with the rambunctious tenor on his title piece, powered by Noble’s solid organ chords, Benstead and Nash blending as Rand takes off in a highly animated solo, the others going nuts behind him as the track finishes. And then it’s on to the more mellow ‘By The Leigh’, Benstead’s trumpet reflective over Leak’s chords, Rand calmer before the pianist’s clever solo. This is followed by the very sprightly ‘Sidewalk’, a hard-bop piece, Rand’s tenor centered and pleasing, Benstead bright and the impressive Leak rumbling creatively, though I’m less taken by Allessio’s graunchy-sounding arco bass. Evermore eclectic, Rand then plays wheezy baritone on ‘For those who Seek’, a slower piece that again highlights Leak and shows off the guesting Green’s powerful swing, while Noble takes the lead on ‘Behind the Notes’, Nash adding his own ebullience, the riffs piling in. Jelly Roll’s ‘Whinin’ Boy Blues’ is an oddity in context, Rand duetting on earthy clarinet with Waters who plays appropriately idiomatic piano, and presumably vocalizes. Quite forgettably, I should add. There’s more Waters stomping piano and Rand tenorising on ‘Honky-tonk Woman’ while ‘Blues for DG’ has a New Orleans feel, with Green’s firm-toned bass again prominent. ‘Alone together’ is taken super-slow, the tenor Rollins-like, with Green as the lone accompanist. And so it goes: every variation you could want and much of it worthwhile. 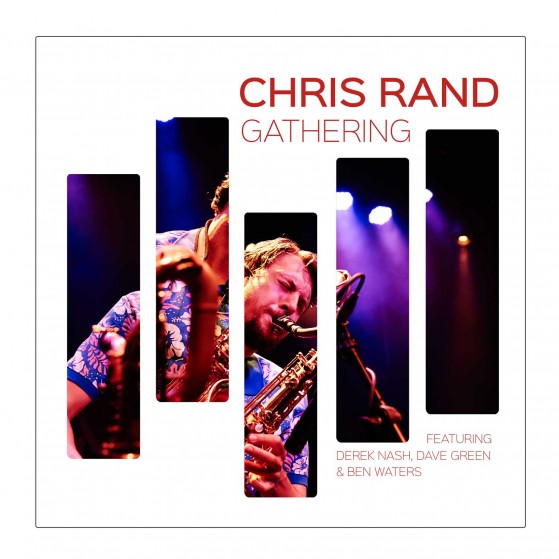 The erudite sax solos of Rand a true musician’s musician, really come into force listening to him play on this cracking debut jazz cd. I suddenly connect with realizing that correct and beautiful form and line are just as important in music as they are in painting or sculpture. He crafts his sax lines like the curves of a Moore bronze: a real treat to listen to.

Kicking off with ‘Gathering’ a skittish, Chicago blues /hard bop number (featuring a sax duel with Derek Nash) that Georgie Fame might definitely have enjoyed, embodies the type of hard-driving accessible jazz that inspired this debut project. Dipping into deep modal waters sees the highly evocatively sounding ‘By The Leigh’ change the mood with some mellifluous sounding trumpet (surely channeling Miles?) courtesy of Ed Benstead, a player of considerable control, before Rand launches into his well-executed solo, sounding like a young yet fervent Alan Skidmore. This track lets all the main players solo – Sam Leak’s choice, lyrical piano gives way to a stinging bowed double bass slice of blessedness then a firey trade off at the end. 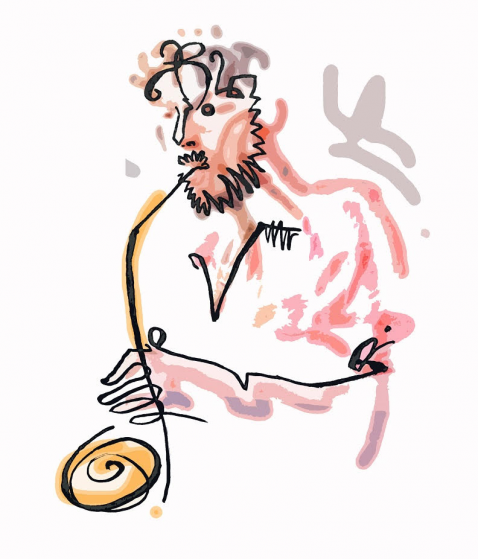 powerful practitioners on their instruments as proven by the next cut the absolutely swinging ‘Sidewalk’. A classic sounding homage to Blue Note pouring out a torrent of perfectly executed ideas over a rock-solid but free swing of drummer Jason Reeve. This is an incendiary mix of discipline and spontaneous improv that surely defines the essence of this fine genre.

Chris’s unswerving dedication and the energy and commitment of his playing is gaining huge ground he’s a wanted man! (Nine Below Zero, Crowd Company and a Jack Bruce tribute under his belt) proves the guy has heavyweight credentials and the cd is chockablock with goodies, swinging Hammond, passionate hard bop, boogaloo and even a barrelhouse foot stomping old belter (Kansas Smitty style) What’s not to like? A tour de force this man’s definitely on-course! 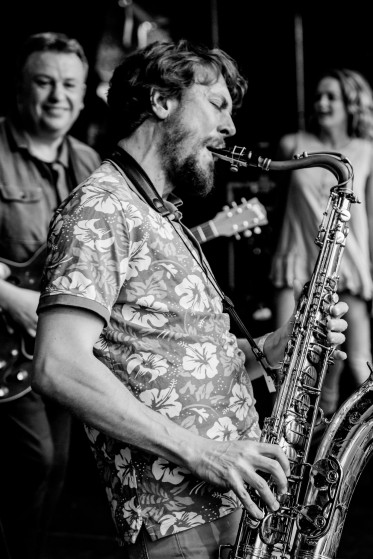 This latest edition is bursting with news about the recently released album from British Blues Band Nine Below Zero, plus news about their upcoming tour. Chris talks about his debut at Glastonbury this year, as well as some of the fun he’s been having at other Festivals this Summer.  You get to hear the latest from the “Gathering” and all about the exciting things coming up this Autumn.

Don’t forget, you can always keep up-to-date by liking Chris’ Facebook Page  or by following him on Twitter. 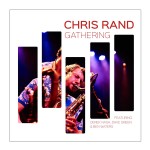 The following news item was first posted on the Dot Time Records website.

Dot Time Records is proud to present the release of London based saxophonist Chris Rand’s début solo album “Gathering”. Chris’s album is as he describes it “a true labour of love” and features his new band along with long time colleagues Derek Nash, Dave Green and Ben Waters. Utilizing every aspect of his instrument to deliver a truly swinging program, Gathering is an eclectic mix of Jazz, Blues and a tinge of Rock & Roll infused with lyrical riffs, motifs and above all groove.

Jazz Journalist from the renowned website “Jazz In Europe” stated recently Chris Rand’s debut album Gathering shows his prowess as a composer and band leader ….. Gathering is a superb album that will appeal to wide audience.”

Chris will be performing material from the album live in and around London commencing March the 3rd at the “Bull’s Head” in Barnes, One of London’s longest running jazz and blues clubs. March 16th Chris and Band head to Bournemouth, home turf for Chris, to promote the album in the South while March 18th will see them perform at Harrow Arts Centre.

The official album launch will be in London on March 27th at the legendary Soho Jazz club Pizza Express. Pizza Express Jazz Club is one of Chris’s favourite London venues and he is pleased to announce that alongside his great band, he will be joined on stage by Derek Nash and other very special guests.

This promises to be a very special afternoon gig so book your tickets now as there is limited availability.